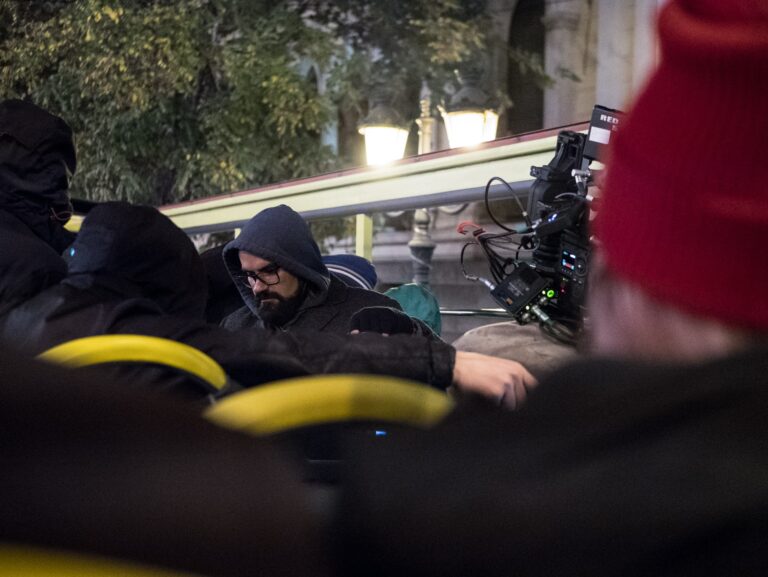 Michael Demetrius was born in 1989. Holding a dual US & Greek nationality, he also has roots in South Africa and Asia Minor. As a film director, Michael has a multicultural perspective, tempered by the experience of living through the socio-economic crisis in one of its epicenters, Athens.

Through his work, Michael interconnects and links views, fears and hopes of the human soul. He is dedicated to the development and production of films, documentaries and TV series with a strong artistic gaze, addressing audiences worldwide. Michael also creates other audiovisual productions, such as commercials, corporate and music videos.

Michael holds a Master’s degree with a specialization in acting and directing, Magister Artium in theatrical studies from the Open University of Cyprus having graduated with honours in June 2019. He earned a B.A. in film studies from the University of Greenwich, also with honours, having first a Certificate in Film & Television Studies from New York College, Athens Campus. In 2020 Michael was assistant professor to Ana Sanz Magallon at the Mediterranean Film Institute (MFI) for script and project development.

Michael also wrote and directed the documentary series, «Χωρίς Ερώτηση» “Without Question”. It launched on ERT2, the Greek National Broadcaster, in 2016 and ran for 16 episodes until  2017. He was one of the youngest directors to undertake such a project with Greek television.

We use cookies on our website to give you the most relevant experience by remembering your preferences and repeat visits. By clicking “Accept”, you consent to the use of ALL the cookies.
Cookie settingsACCEPT
Manage consent

This website uses cookies to improve your experience while you navigate through the website. Out of these, the cookies that are categorized as necessary are stored on your browser as they are essential for the working of basic functionalities of the website. We also use third-party cookies that help us analyze and understand how you use this website. These cookies will be stored in your browser only with your consent. You also have the option to opt-out of these cookies. But opting out of some of these cookies may affect your browsing experience.
Necessary Always Enabled

Performance cookies are used to understand and analyze the key performance indexes of the website which helps in delivering a better user experience for the visitors.

Analytical cookies are used to understand how visitors interact with the website. These cookies help provide information on metrics the number of visitors, bounce rate, traffic source, etc.

Advertisement cookies are used to provide visitors with relevant ads and marketing campaigns. These cookies track visitors across websites and collect information to provide customized ads.

Other uncategorized cookies are those that are being analyzed and have not been classified into a category as yet.

SAVE & ACCEPT
Powered by